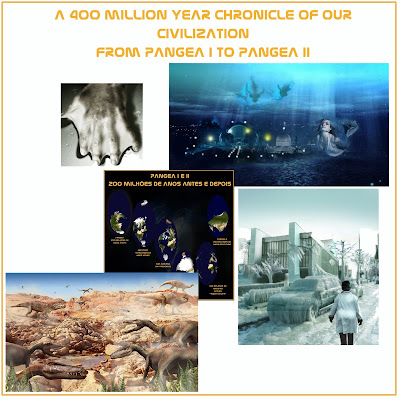 Once upon a time in Human Era a man named Carl-Henric Svanberg said “What brought us here won't keep us here” it could be a good hint to be used in business world and also in matters related to our world. 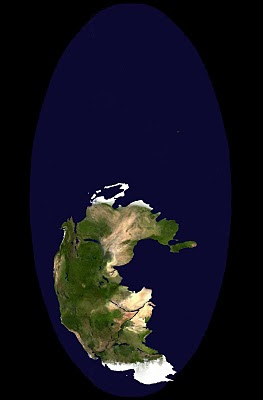 200 millions before Human Era, Earth had one big continent called Pangea, scientists believed that a new Pangea will form 200 million years in the future, so, the Human Era is placed in the very center between the two Pangeas.

This 400 million years period is merely a small fraction of time in universe history, and at the same time, a very long period for us to conceive. 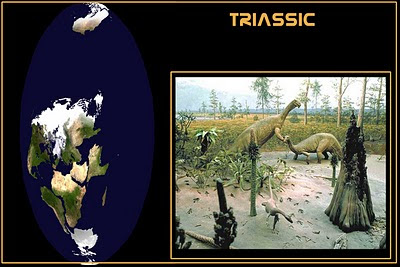 It was on Triassic Era that the first vertebrate flew, the pterosaurs evolved from dinosaurs, that first appeared on earth surface about 230 million years ago and survived the Late Triassic mass extinction (228 million years ago), when some 35 per cent of all living families died out.

Historically the rise of the dinosaurs has been treated as a classic case in which a group evolves key features that allow it to rapidly expand, fill many niches, and out-compete other groups.

At that time, Earth history was ready to a big change; it was in Human Era that the most incredible event took place, the emergence of sentient beings. Carl Sagan put it in a very poetical way “We (human beings) are a way for the cosmos to know itself. We are creatures of the cosmos and always hunger to know our origins, to understand our connection with the universe. How did everything come to be? Every culture on the planet has devised its own response to the riddle posed by the universe. Every culture celebrates the cycles of life and nature. There are many different ways of being human”.

We learned how to cultivate the land, and that aloud us to stay in the same area. Cities was founded, wealth invented, we started using the nature, instead of living in, and with it.

The population started to explode, and we were forced to occupy areas that were not prime. That again let to an even stronger misuse of the nature.

The Human race had almost destroyed itself and the planet when we were learning the power of nuclear energy. 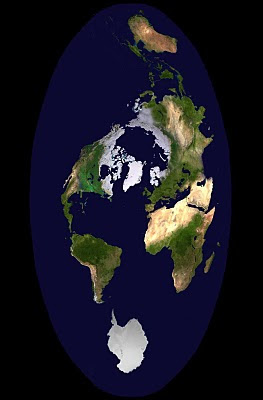 We were young and curious and as children we did not know what we were doing.

But we learned how to survive and how to help others instead of use them. After all the technological accomplishment we realize that was important to get back to our own origins.

Earth was about to become incandescent due to the amount of electricity we were using when we understand how to use bioluminescent light. 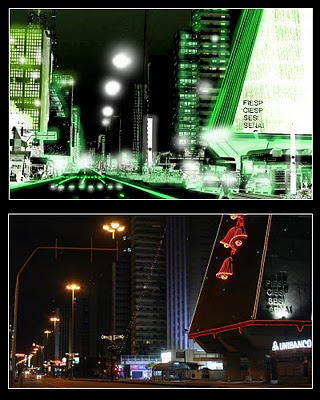 Brazilian city of São Paulo was one of the first to use BASS, Avenida Paulista was elegantly illuminated and Brazil prospered.

But it was during the Ice Age that Avenida Paulista suffered its worst threat. 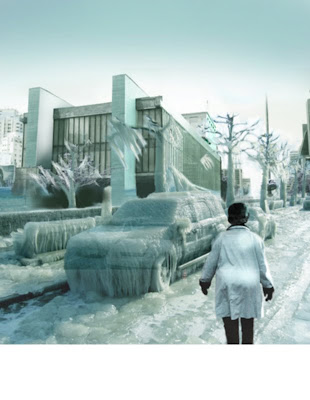 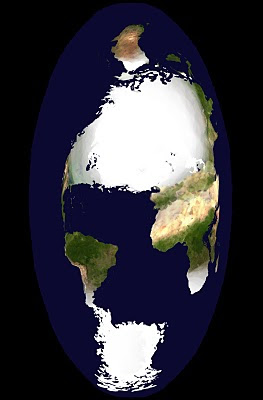 Men always asked himself “If for some reason humankind died off, what creature would rise up as the dominant specie?”

Dogs, not apes (as we’ve seen on movies) thrived. Dogs, wolves, and coyotes was the species with the highest probability of success to dominate planet earth.

The earliest wild dog originated in Africa fifteen to thirty-five million years before Human Era, probably a wolf father and jackal mother bread a beautiful puppy that was tamed by a primitive man.

The friendship between dogs and humans could be summarized in the tale of a hunter: “after a successful hunt, a group of primitive men started a small fire with lower branches to cook and eat. They realized that wolf-like-animals were watching closely. A boy of the group had been touched by the sad look of the animal and offered a piece of meat. The brave dog came closer and caught it. Weeks later, the friendship was sealed when the dogs, organized in a group leaded by that same dog, defended the hunters from the attack of a large predator during the night”.

The friendship has become stronger and stronger, humans were buried with their pet dogs in ancient Jericho, Homer's tough warrior Odysseus wept at the death of his devoted old hound Argus, and greyhounds were valued companions to Roman and medieval aristocrats.

There are differing opinions about how dogs became so diversified. But many experts believe that humans, able realize the dogs' potential, started selectively breeding dogs of certain physical characteristics for different types of tasks.

But, how dogs become self-conscious, and intelligent?

Largely known French novelist Pierre Boulle became famous by writing two of the greatest novels which were adapted for blockbusters films in the 70’s, “The Bridge over the River Kwai” and “La Planète des singes”. 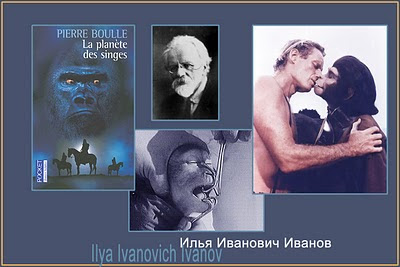 The book published in 1963 and the film released in 1968 (again in 2001) tells the story of an astronaut crew who crash-land on a strange planet in the distant future. The surviving crewmembers stumble upon a society in which apes have evolved into creatures with human-like intelligence and speech. The apes have assumed the role of the dominant species and humans are animals wearing animal skins.

A Russian biologist, Ilya Ivanovich Ivanov (Илья Иванович Иванов”, August 1 1870-March 20, 1932) specialized in the field of artificial insemination and the interspecific hybridization of animals. He was involved in controversial attempts to create a human-ape hybrid with the purpose of making Soviet dictator's dream come true; soldiers with no fear, with superhuman strength and endurance, who would follow any order, eat anything, and ignore pain or injury or workers who could do the labor of ten men without complaint.

Nobody knows exactly how appeared the first Intelligent Cynocephalus, may be it is the result of military experiments to create more intelligent dogs, able to perform complex strategic missions, or could have been, a multi-millionaire businessman, who wanted to impress his family, commissioned a corrupt geneticist and brought home the ultimate “state in the art” pet – the so called G.A.D. (Genetically Altered Dog). 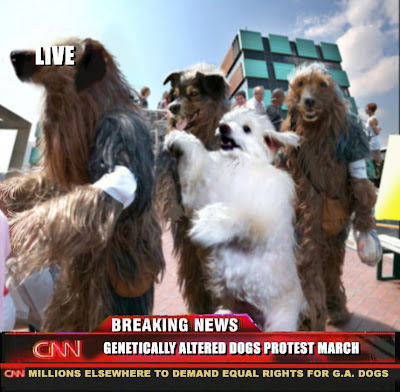 But what we do know is that once the GADs become intelligent, words such as racism (or would say “specism”) riots, slavery and anti-slavery become common place on news screens.

New subduction zones along the eastern coasts of North America and South America began to consume the ocean floor separating North America from Africa. About 100 million years from the Human Era, Mid-Atlantic Ridge subducted and the continents will come closer together.

100 million years after human era, human race is pretty much the same because of the so called “shark syndrome”. The researches on cure of cancer led us to the sharks. They have survived some 400 million years on Earth with little evolutionary modification; their longevity is due in part to an extraordinary resistance to cancer and other diseases.

In the quest for the cure of cancer mankind has made use of lots and lots of genetic experiences. At some point, scientists performed interspecific hybridization with sharks and man. The result was the cure of a disease and the creation of a not so good condition, in which the evolutionary modifications are very slow.

The experiences with sharks did not stop there. In a particular edition of Olympic games an outstanding swimmer broke all the records, he was able to swim 1,5 kilometers without putting his head out of water, and was not doped.

After some examination, it was discovered that the man had gills and webbing between their fingers and toes. He was result of a series of experiments in order to create “Atlanti” the man from Atlantis. 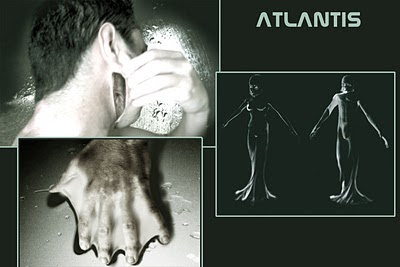 When the results of the test came to light there were already a considerable population of Atlantis living in the oceans.

So, in “Hothouse Earth Era” man haven’t change much, but there are other species coexisting in harmony; Cynocephalus, Atlanti, and some others. 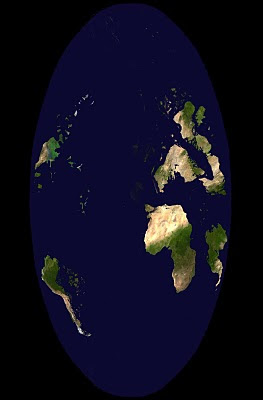 The Atlanti was undoubtedly the most prolific and prosperous specie. As the sea level rose because of the high temperatures of the planet, they had plenty of space on earth's watery surface. The human race has stagnated evolutionarily in matter of intelligence due to “shark syndrome” and the dogs are not that smart, assuring the well-intentioned and benevolent specie of Atlantis the status of “EDS” (Earth Dominant Species). 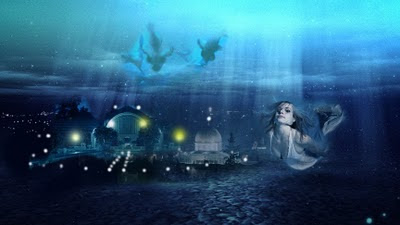 Today a huge earthquake hit the planet, looks like Earth wanted us to remember that Pangea II is almost united. We don’t need long bridges to link continents in Pangea II, we could remember facts from 2 minutes ago with the same precision that we remember facts from the Triasic. I want to finish this chronicle by thank the Humans, Cynocephalus and Atlantis for all this beautiful treasure, the Earth civilization.

Today, a huge earthquake hit the planet, it seemed that the earth wanted us to remember that Pangea II is almost united. We do not need long bridges connecting the continents in Pangea II, we are able to remember events that occurred within 2 minutes with the same precision that we remember events of the Triassic. 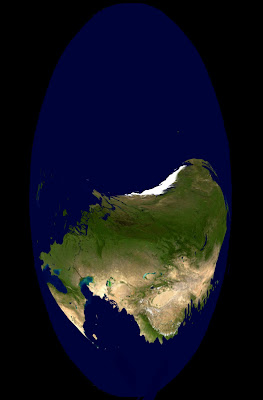 Let me end this chronicle by thanking to Humans, Cynoscephalae and Atlantis and quoting Carlos Drummond de Andrade from the Human Period - New Year's Recipe:

“To have a New Year

Which deserves that name

You, my friend, have to deserve it,

You have to make it new; I know that it's not easy,

But try, experiment, be conscious.

It's inside of you that the New Year

Has always been dormant and waiting.”