From Dealing Desck to Restaurant Tables Around The World 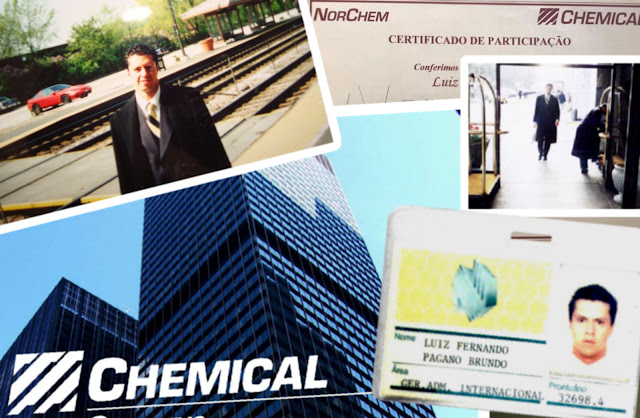 My story of love for food and drink and its cultural implications begins in November 1996, due to a state of deep emotional, mental and physical exhaustion caused by excessive and prolonged stress, known today as Burnout Syndrome.
leia este artigo em Português
At the end of 1996 I was almost reaching my main career objective, to be a desk operator for a large international bank - I had great experience with exchange operations, since my internship in April 1989 at Banco Noroeste I had already worked in the export & import departments, centralized accounting and, at that point, I was assisting traders at Dealing Desk of the Brazilian branch of Chemical Bank in Brazil (Banco NorChem, former partnership between Banco Noreste and Klabin), the third largest bank in the United States at the time, with approximately US$182.9 billion in assets and more than 39,000 employees worldwide.
As I have a degree in business administration and a postgraduate degree in international business, I love and study languages and I wanted to know the countries of the world, I thought that the financial market would be my gateway, when in fact it almost led to my premature death.
The burnout caused me some important psychosomatic effects, such as selective memory loss, high blood pressure and vitiligo, but the mental impacts were the most important, as it provided me with all the necessary impetus to redirect my life and remake my goals. 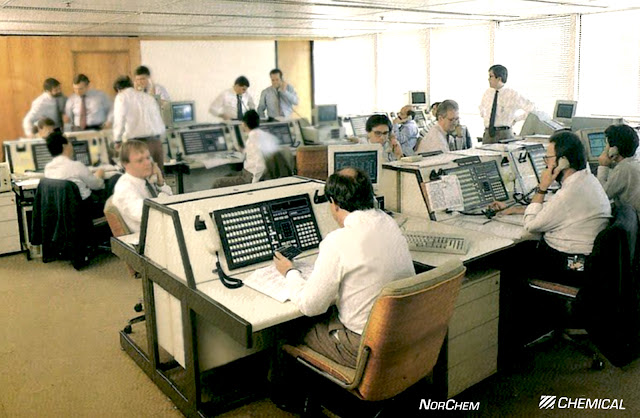 I took advantage of my resignation from the bank to change my life, I decided, through my brother-in-law at the time, to bring DCS Patio Heaters and other professional kitchen equipment from California.
In the short time I worked on this endeavor, I got to know several bars and restaurants, as well as their chefs, I understood how much the relationship between food and drink works as a physical form of cultural assimilation by its consumers and brought me a new dimension of how to grow in my purpose to connect and integrate cultures around the world.
I realize now that it was the perfect decision, I stopped visiting offices around the world to really have a complete immersion in the culture of the peoples worldwide.
It didn't take me long to partner with the best salesperson I've ever met, Mauricio Bozzi, to create Bozzi & Pagano, a company specialized in introducing new products to Brazil.
Bozzi & Pagano's proposal was to use my experience with administrative processes and Mauricio's sales talent to introduce products with some degree of difficulty in the Brazilian market, and our clients were:
DCS do Brasil (1997 ~ 2007) - Introduction of heaters for outdoor areas manufactured by the American DCS and a line of professional stoves & ovens, as well as the opening of two proprietary stores, one at Rua Gabriel Monteiro da Silva (the most important street of decoration stores in São Paulo) and another one at São Paulo Shopping Mall D&D.
Dynamic Cooking Systems, better known as DCS, was founded by Surjit Kalsi, Roberto Bernal and Randy Rummel in 1988 in Los Alamitos - CA, after being fired from Vulkan.
Flash Power (abril de 1997 ~ 1999)- Creation and execution of a special sales team, a specialized team with excellent results 2 years before the product was regulated by the Ministry of Health.
Flash Power started its operations through Lizu Trading, in 1994 in Austria, based on the Thai invigorating drink called Lipovitan-D (Osotspa of Thailand, under license of TAISHO PHARMACEUTICAL - TOKYO), and was launched in Brazil in 1997 brought by visionary Austrian entrepreneur Udo Holler.
Flash Power opened the doors to the energy drinks segment, as did Red Bull, a company in which I had the privilege of being the first On Premise Manager in Brazil
Grupo ZAO Veda - ЗАО «Веда» (November 2005 ~ December 2007)- Once again Bozzi & Pagano anticipates trends and introduces vodkas from St. Petersburg to the Brazilian market. Russkiy Razmer vodka (Русский Размер) was St. Petersburg, until the death of Kiril Ragozin, owner of the company in 2005.
Arriving before the right moment is a risk for the innovator
Successes and failures are interspersed along the way
One of the most emblematic cases I experienced with regard to innovation errors was with the Sub Zero brand, one of the first RTD “ready-to-drink” alcoholic beverages in Australia and the world. 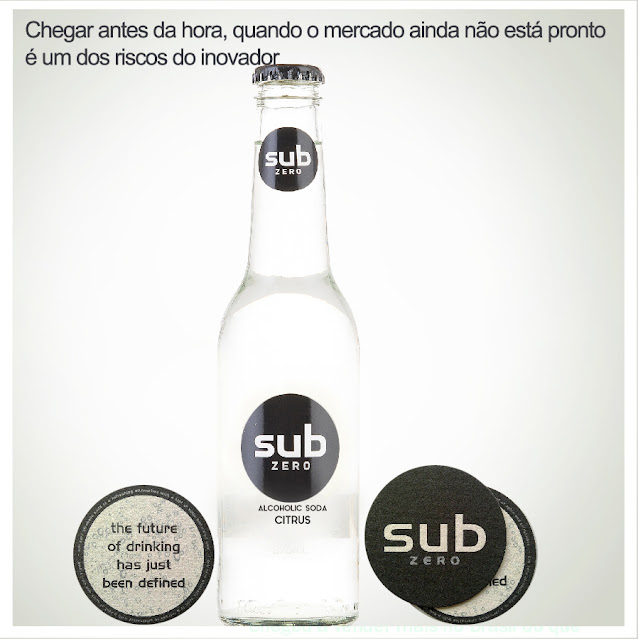 With 5.5 ABV, it was a crystal beer, without hops, with Citrus/Lime extract  manufactured by the Australian Foster's and represented in Brazil by Madasa, a company in which Luiz Pagano was manager of the On Premise segment, As previously mentioned, in 1999, that same year Smirnoff launched a competitor to Smirnoff Mule, with vodka, ginger ale with lime/lemon flavor, which ended up not reaching Brazil strongly - both were flops...
I must say that we were in love with the maraca and the Sub Zero logo.
It had everything to work out, we had incredible launch parties in Campos do Jordão, the brand was strong, well, maybe the taste was a little cloying.
The fact is that the success of the RTD category only arrived in 2004, almost five years later with the multi-millionaire global launch of Smirnoff Ice, as well as with the necessary corrections to the flavor, target audience and price of the category.
These are some experiences that I am proud to share, I know that such examples may be all the reader needs to give a new impetus to a new career.
In short, the most daunting task in our working lives is the decision to change direction, to leave the job that is hurting your life and to pursue the best option available. I understand now that even if you find it difficult to do this, nature will always find a way to transform your inner desires into all that you desire, all you have to do is to perceive this opportunity and go for the change.
Postado por Luiz Pagano às 2:49 PM No comments:

Chico Xavier, who wrote several books and reported several wonderful events, always impressed me with his immense dedication to helping others, wisdom and kindness. He also was the man who brought me closer to the beautiful Brazilian spiritist doctrine, which can be considered the most Brazilian of the doctrines, and inspired me to feel true compassion for the planet and for all its lives, even though I am not a religious man.
leia este artigo em Português
One of these magical reports was made by her friend, Suzana Maia Mouzinho, founder of the Spiritist Center André Luís, in Petrópolis (Rio de Janeiro), she said that she had one of the most beautiful experiences, alongside Chico Xavier, on Copacabana beach with the spirits of the sea.
Once, Chico and Suzana went to Rio de Janeiro to watch a play, but unfortunately, it was past nine o'clock at night and they ended up arriving late, thus missing the entrance time, Chico then said:
“Suzana, we can no longer watch the play, what are we going to do?”. Suzana replied “I don't know Chico, let's go for a walk anywhere..”, “Ok I have an idea”, Chico said “let's go for a walk on Copacabana beach, I've never walked on the boardwalk”. They took a taxi and headed to Av. Atlântica, close to the Copacabana Palace.
As they got closer to the place, something magical happened, Chico Xavier couldn't stop looking at the sea, and was very moved. Suzana realized that Chico was seeing something there that belonged to the spiritual plane, with his eyes full of tears. Even before Suzana asked anything, Chico clarified:
“Suzana, you don't know what I'm seeing now…I'm witnessing the beauty of the sea spirits! Spirits that are in the waves, which are not human spirits, and I not even have a clue to say what kind of spirits are there...”
Suzana marveled while Chico continued with the explanation:
“...They are looking at the sand, at the people who are still walking along the shore, with so much tenderness and no one is able to realize such wonderful vibrations...and I going to tell you something else, something wonderful”.
At that moment, Chico reports seeing an incarnated woman (sic.) who was near the water, on the strip of sand, who at a certain point dug a hole, lit a candle there and began to make her prayers and offerings.
When the woman finished what she was doing, Chico saw spirits that were watching her approach the candle light, each one of them took those fractions of spiritual light energy that emanated from the candle, reciprocated the offering of that woman, emanated back energy towards she, who was slowly moving away towards the avenue. In the end, all the spirits that were present returned to the sea.
For me, this account takes me straight to a scene from Spirited Away (千と千尋の神隠し, Sen to Chihiro no Kamikakushi), in which the protagonist witnesses marvels, sometimes even frightening, related to the culture of her people.
Chico had already seen the so-called elemental spirits of the river waters, as described in the spiritist doctrine, in the farms in the interior of Minas Gerais, where he lived, but he had never witnessed those of the sea, which presented beauty with eccentricity far beyond what human imagination can imagine.
Upon hearing this incredible report, I, a great admirer of Chico Xavier, as well as the incredible art of Hayao Miyazaki (宮崎駿), co-founder of Studio Ghibli and live in the Liberdade neighborhood (Japanese neighborhood in São Paulo), filled with Japanese-Brazilian spiritual energy, decided create arts based on Brazilian and Japanese popular culture (of our easter immigrants) in Miyazaki's traits.
Actually, some folkloric deities inspired some of Miyazaki’s otherworldly characters, did you know that the already peculiar Radish Spirit, a hefty, slow-moving spirit with a build like that of a sumo wrestler in Spirited Away was inspired by a violent legend of love and death?
Or that creatures like Kodama (木霊, 木魂 or 木魅) are spirits in Japanese folklore that inhabit trees? Even the title of Princess Mononoke tells you something supernatural is going on (mononoke are spirits that can possess people and even torture them). Many of these characters are yōkai, or paranormal entities that haunt Japanese mythology.
What I tried to do in this matter was to unite the divine gift of these two genius men, beings of light, who inhabited opposite sides of this special planet (Chico Xavier and Hayao Miyazaki), great connoisseurs of the collective spirit of both nations and to explore the creativity in human beings. who inhabit magic and beauty.
Chico in Liberdade nighborhood in São Paulo
Whenever I pass through the Portal da Liberdade, in the neighborhood where I live, and also where my grandmother Emília Zuzu Correa de Moraes was born, in the famous mansion on Rua da Glória number 4, I bow down asking for shitsurei shimasu in memory of my family, as well as the spirits of the Cemitério dos Aflitos (Cemetery of the Afflicted), destined for slaves and indigenous people, as well as those hanged in the gallows square, which served as capital punishment, in the vicinity until 1775.
I take care to go through the side of the torii (鳥居) to preserve the central passage for the Japanese-Brazilian giants that also pass through it.
Still inspired by Hayalo Miyazaki, I decided to create an image of what this place would be like if we had the gifts of the fictional Chihiro (千と千尋の神隠し) and the real Chico Xavier to see the spiritual plane.
Postado por Luiz Pagano às 8:50 PM No comments: