The difference between a phenomenal successful product and a tragic flop 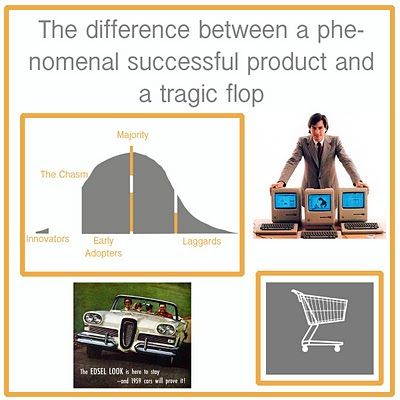 The Apple iPad, was launched in the stores of US market in Apr. 3rd.Undoubtedly one of the most hyped launch in technology history. IPad could revolutionize computing and media market or it could be a flop.

Apple's Steve Jobs is known for his wizardry in the new-gadget department, but if the iPad is a flop it won't be Apple's first bomb. In the year 2000 the company introduced Power Mac G4 Cube. The diminutive 8" x 8" x 8" cube, suspended in a 10" tall Acrylic (PMMA) enclosure, housed a PowerPC G4 processor running at 450 or 500 megahertz, and had an unconventional vertical slot-loading DVD-ROM or CD-RW drive.

Apple targeted the Cube at the market between the iMac G3 and the Power Mac G4. Despite its innovative design, critics complained that it was too expensive. It was initially priced US$200 higher than Power Mac G4 at the time (450 MHz CPU, 64 MB RAM, 20 GB hard drive) and did not include a monitor, thus leading to slow sales. Additionally, early Cubes suffered from a manufacturing issue that led to faint lines in the clear plastic case. This was often considered damaging to the aesthetic quality of the computer. Almost one decade before that, Apple launched Newton and the Message Pad. The MessagePad was the precursor to the modern PDA and ran on Apple's Newton operating system. Both innovations were meant to make consumers' lives easier, but they were, in fact, too complicated for many to use with ease. As result, Apple gave up of them in 1998.

Now, put yourself into Steve Jobs shoes. You’ve created a brand new product; people around you are crazy about it; you put it into the market and it suddenly became a huge success. The first month is a promising one; and then, the sales stopped abruptly. What happened?

The most difficult step is making the transition between visionaries (early adopters) and pragmatists (early majority). This is the chasm that Geoffrey Moore refers to in his 1991 book “Crossing the Chasm”.

Geoffrey A Moore presented the view that successful companies shrink the chasm between early adopters of products and the early majority by: choosing target markets, understanding the whole product concept, positioning the product, building marketing strategies and choosing appropriate distribution channels and pricing. Today, those are basic elements in most companies.

The 2004 CPAS – (Comparative Practices Assessment Study) - report found the average cycle time for a new product is only 104 weeks, down from 181 weeks in 1995. At the same time, new product line cycle time has more than halved, down from 126 to 62 weeks over the same period. It’s critical that organizations develop processes that enable rapid alignment of product development efforts with changing strategy for maximum agility.

The creation of a central repository of product planning information is a critical first step. This repository must form the ‘single source of truth’ for every product in the portfolio and include key information on:

This information must be available to the entire cross-functional product team, allowing stakeholders and management to view information across all products. This global view provides them with a uniform and objective analysis of product attractiveness and performance, and allows them to make informed, strategic decisions. 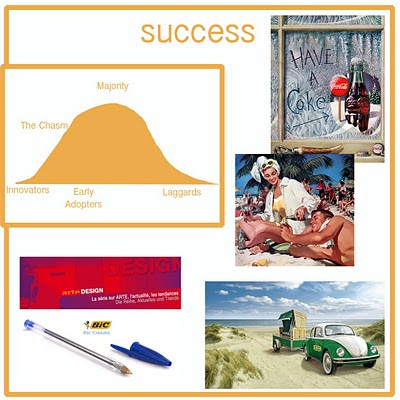 Without these types of solutions, companies that choose to select and prioritize new product development projects blindly will not recognize success, rather the opposite – higher development costs, more failed products and reduced profitability. Falling into the ‘rest’ category spells ultimate doom.

There is no shortcut to put a product as a market leader. But, it is still possible to make it by doing it with patience and resolve. You must identify your potential costumer, and also find the detail about them. And finally you must know if and how they can pay for that product. If you did it correctly your product will definitely be a market success. 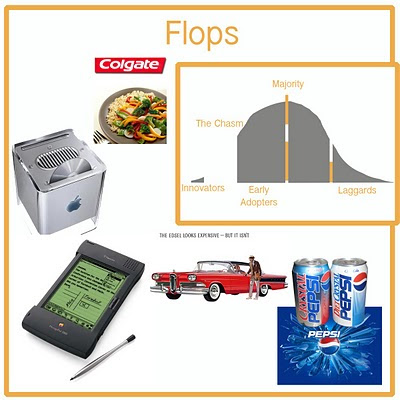 Launched in 1938 was the bestselling single design in history, and the first car to reach twenty million sales (21,529,464 unities ). The last Mexican Sedán Clásico was discontinued in 2003.

Ford introduced its much-hyped Edsel in 1957 to consumers who waited for years in anticipation for the car they heard would revolutionize the road. What they saw was a vehicle that looked and drove like many other Fords. Ford sold only 63,110 models in the U.S. during the first year and 44,891 in 1959, when the Detroit Company decided to pull the car from the market. Ford's losses on the Edsel were estimated at $350 million.

Coca-Cola is in fact the most successful non-alcoholic beverage to date. The Coca-Cola Company has employed some of the most effective advertising techniques in history. Originally intended as a patent medicine to cure diseases, such as morphine addiction, dyspepsia and neurasthenia, the soft drink has since became a sales success all over the world.

In 1992, Pepsi decided they needed a clear cola to go along with their regular drinks. They introduced Crystal Pepsi as “a caffeine-free alternative to regular cola”. They released in after what they considered successful test runs and waited for results.
The drink initially sold decently but quickly fell off. Pepsi tried to save the campaign by changing the name to Crystal by Pepsi, a citrus drink instead of a clear cola but that flopped too and Crystal Pepsi was discontinued in 1993 after only being introduced in 1992. It lasted a little longer in Europe but, not much longer.

Société Bic is a company based in Clichy, France, founded in 1945, by Baron Marcel. Bic sells some 22 million pens and other stationery items every day.
Known for making disposable products including lighters, magnets, ballpoint pens, shaving razors and watersports products. The Bic pen, was the company's first product and 50 years later is still synonymous of ballpoint pen.

Undoubtedly one of the most bizarre brand extensions ever. Colgate decided to use its name on a range of food products called Colgate's Kitchen Entrees. Needless to say, the products did not take off and never left U.S. soil.