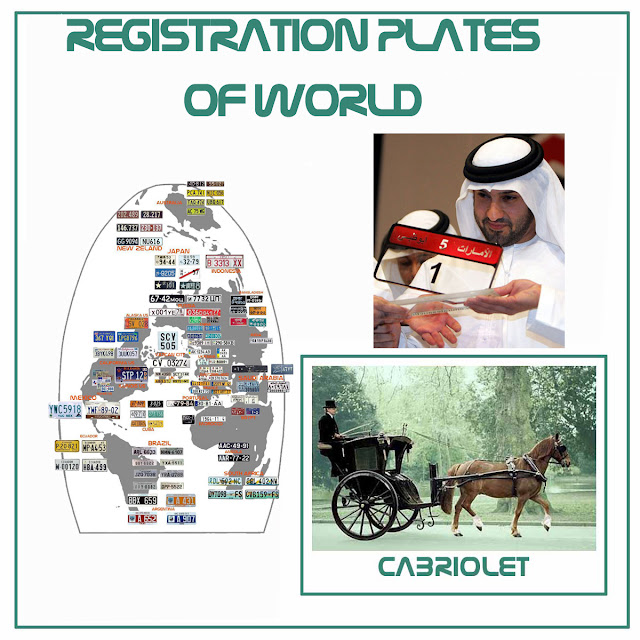 Mr. Tamashiro had problems when trying to buy a Toyota Camry in Japan, trading almost went wrong because of a small detail. His license plate of the car carrying the numbers 4219 (shi ni iku), which in Japanese has the same sound "you will die".

The numbers have a big signification once you write them in Japanese letters (kanji).The most feared number in Japan and China is four which means death in both countries. But Mr. Tamashiro just had to pay some extra money to change the plate number and have the deal closed.

Car plates have always inspired curiosity and admiration, and could show some intrinsic particularities of some countries. 31 year old Jeroen Coninx is a car plate aficionado, he brings in his site licenseplatemania.com plates from more than 100 countries , “My mother always said I could tell where a car was from before I even could read.”

The history of license plates has started by the same time that chariots were replaced by automobiles, appearing in the earliest period of the transition from the horse, from 1890 to 1910. The Netherlands were the first country to introduce a national license plate, first called a "driving permit", in 1898. The first licenses were simply plates with a number, starting at 1. By August 8th of 1899 the counter was at 168. When the Dutch chose a different way to number the plates on January 15th 1906 the last issued plate was 2065.

Standardization of plates came in 1957, when automobile manufacturers came to an agreement with governments and international standards organizations. While peculiar local variants still exist, there are three basic standards worldwide:

- 14.5 by 5.3 inches (372 mm by 135 mm) - Used in Australia and some other Pacific Rim countries, about halfway between the dimensions of the other two standards, longer than Western Hemisphere plates but taller than European ones. 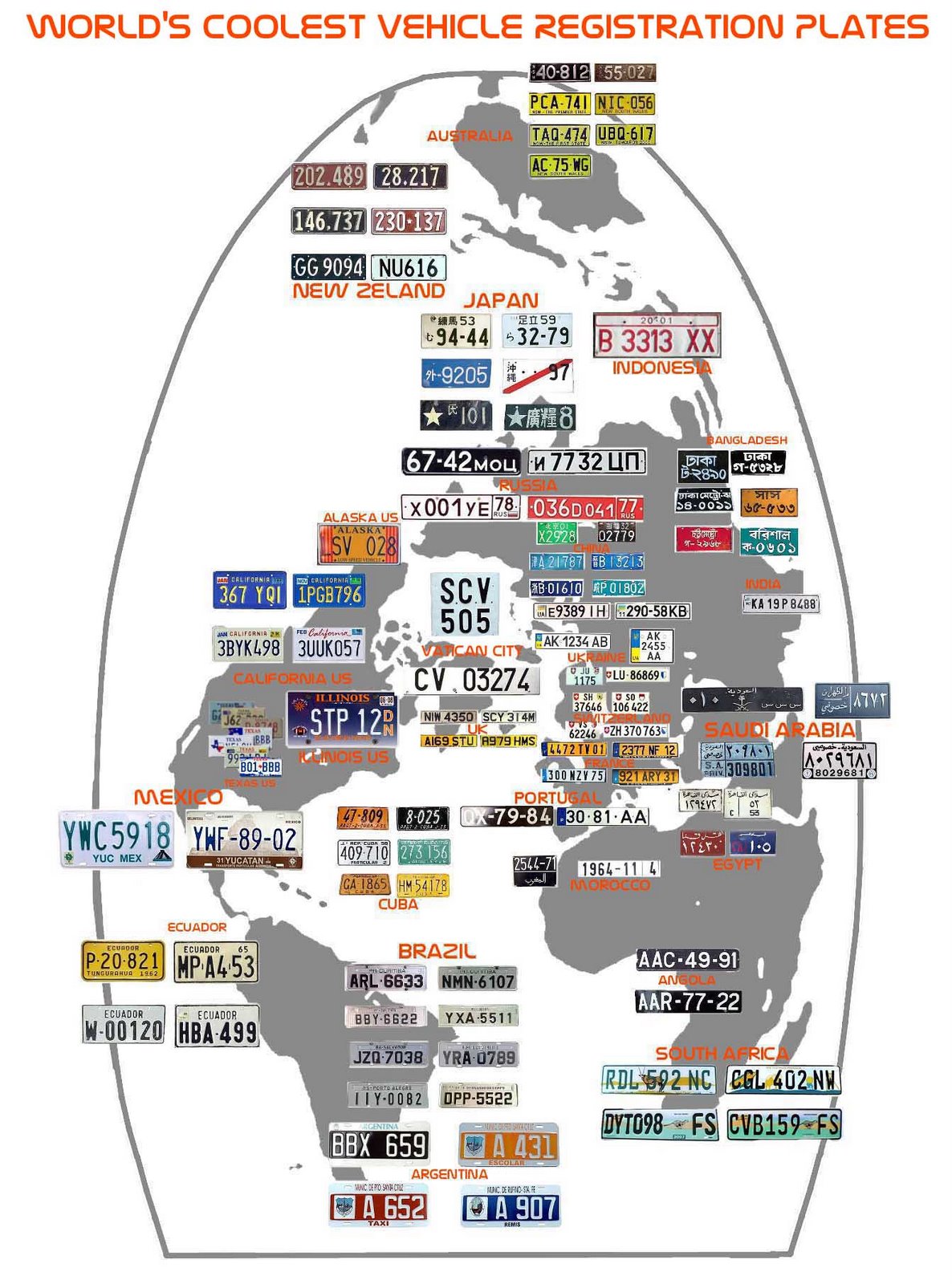 Some countries permit the re-registration of the vehicle with "personal" ("vanity" or "Cherished Mark") plates. When the vehicle is destroyed or exported to a different country it will require re-registering in the country of import. China requires the re-registration of any vehicle that crosses its borders from another country, such as overland holiday tourist visits, regardless of the amount of time it is due to remain there; this has to be arranged with prior approval.

On February 16, 2008 a businessman named Saeed Abdul Ghafour Khouri payed 52.2 dirham (up  to $14.3 million) for the local license plate labeled "1" at an auction at the Seven Star Emirates Palace Hotel in Abu Dhabi, making it the world's most expensive license plate.


Believe it or not, plates has inspired Mr Coninx and his wife Eva to do what should be called “Vehicle Registration Plate Tourism”, he has traveled throughout the world just to get some nice pictures of plates, “The plates are taken anywhere I could, in Belgium or somewhere else. Traveling is thus very important to me, not only because of plates, also because I really like seeing the world”.