Tupi-Pop culture leaves the virtual field to be prototyped in its first edition of a comic book 'The Heroes of Bruzundanga', in which the Brazilian heroes, based on Brazilian writer Lima Barreto, to fight against crime in the turbulent land of Bruzundanga. The plot takes place in the year 2093, in an alternate time line when, Brazilian antihero Policarpo Quaresma did not die, and President Floriano Peixoto adopted the reforms presented by him, two hundred years ago, Brazil is a land of great prosperity and its culture is worshiped worldwide.

The literary works of Lima Barreto perfectly serve as a backdrop to the Heroes of Bruzundanga saga, Barreto's genius is timeless, presenting love for the things of Brazil, Who reluctantly engages their force in the conflict against the impunity of twisted character villains, present in Brazilian daily lives.


The Heroes of Bruzundanga came to the already extensive pantheon of deities of the world comics, they arrive with the unusual and almost impossible task of rescuing the dignity of its people. As written in the book ‘The Bruzundangas’ in 1923, by Lima Barreto, Brazil is the perfect country, an enviable economy whose infrastructure is copied by the main nations of the world, very different from the poor and backward country of Bruzundanga, with its serious problems - this one, clearly Based on real life Brazil.

Besides Lima Barretos’ stories, Bruzundnaga Heroes adventures is also based on oral tradition of more than 300 Brazilian indigenous peoples, translated into amazing situations. Pagano narrates in his own style the saga of this charming heroes, against powerful and mysterious villains, viciously malicious and of unsurpassed practicing powers. The academic lines of Pagano’s drawings, perfectly mastered, appears here in the form of loose, simple, trembling hand lines, as a mere refined expedient of this great storyteller. 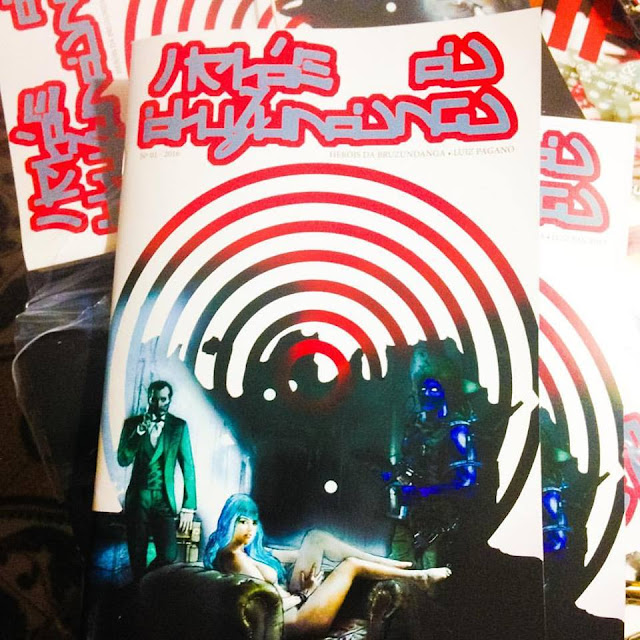 Besides Monkix, the comic, so far written (only in Portuguese) could still be found in the geek bookstores of of São Paulo city, as well as in the virtual store PopUp Draw

Have a good time