Forces of nature against corruption 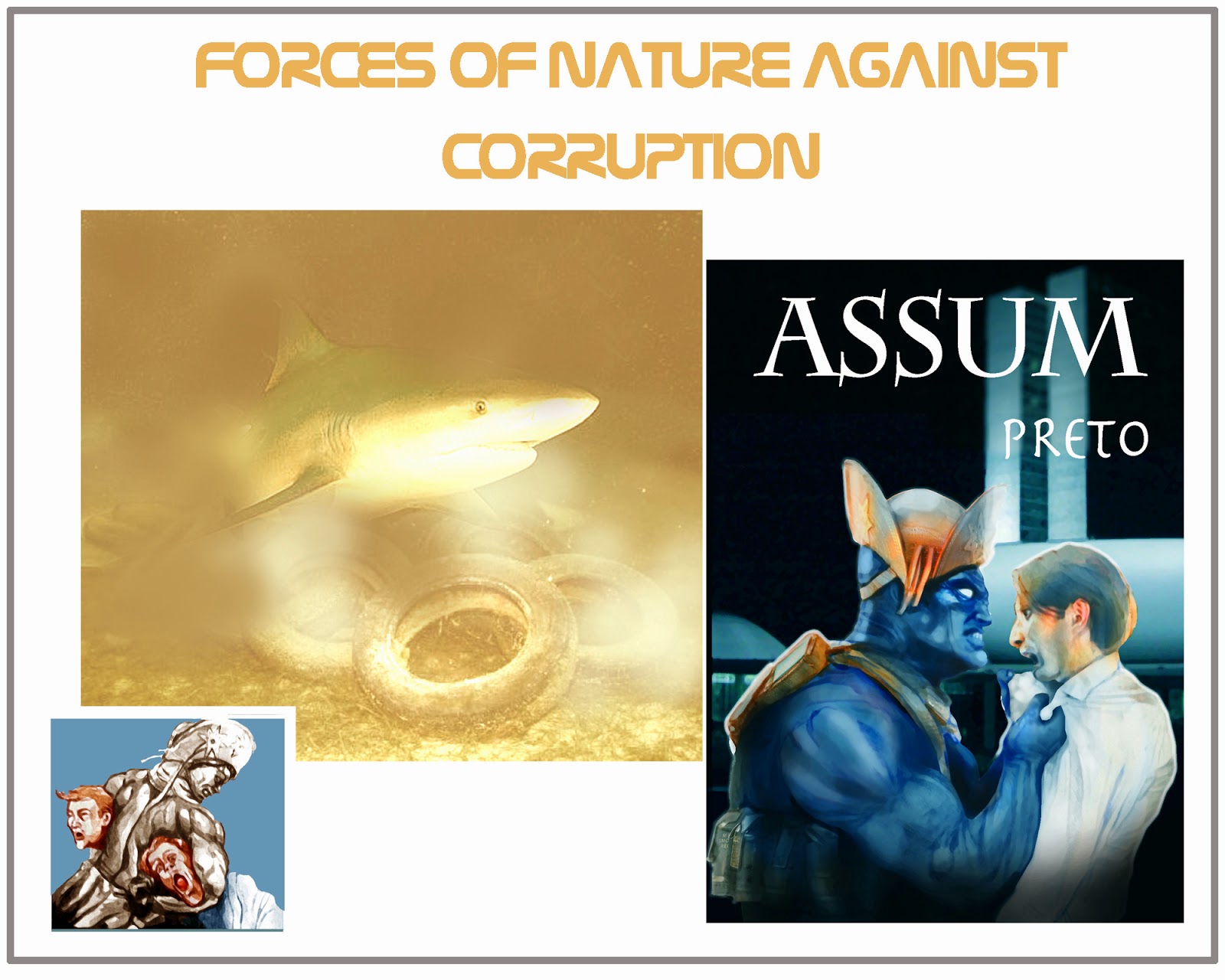 What does corruption, the pollution of urban rivers and the not-so-recent shark attacks on swimmers in Recife have in common? - Everything.

Let's start by sharks - before the construction of the port of Suape we had no record of these attacks in the waters of the reef, so the most logical thing would be to blame the situation created by the arrival of the port and its environmental impacts, but that does not seem to be the determining factor.

In the documentary "Shark Rebellion," presented on the Discovery Channel, Lawrence Wahba investigates the attacks and identifies the culprit species, the Bull Shark (Carcharhinus leucas). Wabba dive with these sharks in Cuba and they seem to be extremely quiet, the biologist gets really surprised by the peacefulness of the animals in Cuba.

The Carcharhinus leucas has a pattern of eating rather passive, they seek their food that arise in abundance in coral reefs and they hardly spend energy on attacks to feed. This seems contradictory to what happens in Recife, for devouring men requires a great deal of energy in the attack.

Why does then the Sharks attack the beachgoers?

In the same documentary Wabba realized that the beaches in Cuba, with clear waters has an abundance of small fish, carcasses and other passive food for sharks. But in Recife, the pollution dumped on beaches by polluted rivers, made murky the waters, and decimated much the presence of fish and other passive food for the Carcharhinus leucas. The scarcity of this food has taken the animal out of his comfort zone to attack swimmers. That became the only option.
To pollute rivers of big cities is undoubtedly the least intelligent practice that the public administration and the private sector can do. You could say that whomever does it not differ from the one who defecates by the door of his own home.

Worse yet, to compromise the already scarce reserves of fresh water on the planet, man creates himself the additional problem of water shortages and to threaten hydropower generation (see the problem that affects Cantareira water supply system in the State of São Paulo).

Why then do we continue to make that mistake that bad?

Simply because investing public money in sanitation does not generates votes. Added to this corruption at all levels of administration, which undertakes these works that are very expensive and too slow to be completed. The amount of disease caused because of this lack of sanitation is huge and ultimately affects education because sicker children miss classes.

The child with the education deficit becomes the adult with deficiency in environmental perception, and this cycle tends to continue until something more dramatic happens.

It's a shame that most politicians do not surf in Recife, since the shark attack to one of them, would be the best way to close this cycle, and who knows, the commotion caused by the tragedy, would lead to a review of their concepts, and could end the bad Brazilian habit of polluting rivers in almost all urban centers.
While a Brazilian beast does not revenge the so worn class (corrupt politicians), ‘The Bruzundanga saga’ hero, Assum Preto, a sensitive and violent 'cangaceiro' seems to be the only option of solace for Brazilian people, lol.
Postado por Luiz Pagano às 5:29 PM