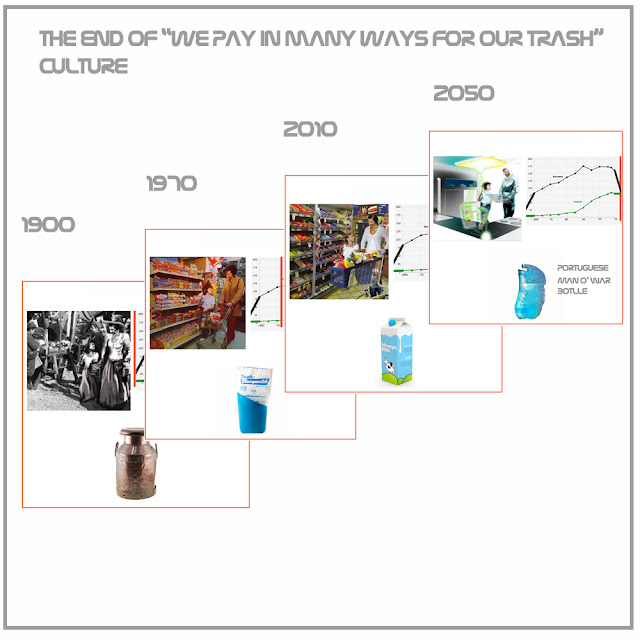 Since the beginning of Industrial era we’ve been buying products packaged in their own marketing, using the product and throwing away its pack. 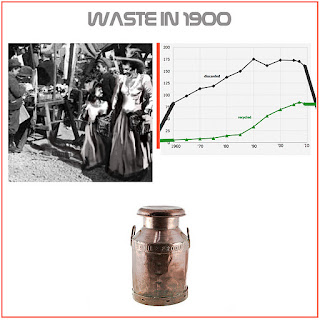 We pay for the product and also for it’s advertising made ​​by the industries interested in differentiating themselves from other manufacturers. 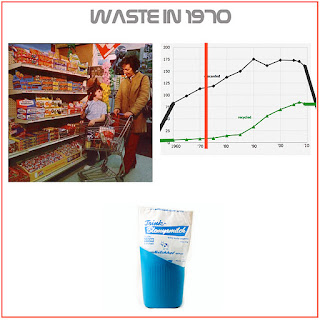 This pack, as we know, becomes garbage at the end of the consume process. 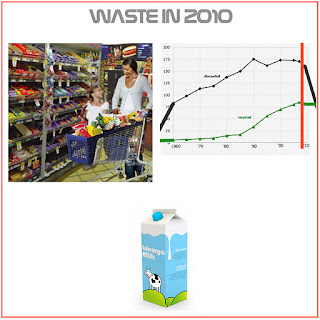 With the increase of world population, this Marketing-packaging-waste model should be changed immediately.

The Great Pacific Garbage Patch, discovered in late 1990 is certainly the proof that, unlike any other animal on this planet, we, human-beings, are not able to deal with our own garbage.

Located in the central North Pacific Ocean, roughly between 135°W to 155°W and 35°N to 42°N, an excessive area where ocean currents gathered marine pollution together over the years. It contains all kinds of trash from sinks to plastic bags. 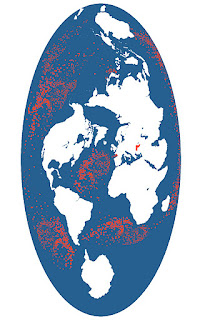 The Great Pacific Garbage Patch has now about 1,760,000 square kilometers; the area is three times bigger than Spain and Portugal peninsula.

It is not only in the pacific, we could find big island of garbage in oceans all over the planet in five main spots, also called the 5 gyres (see http://5gyres.org/ ).

Just for the record, it takes around 20 years for a plastic bag to decompose, while a plastic bottle can take 500 years.

The question we should ask is - Who is responsible for this garbage collection? The logic answers this question by saying “the waste should be picked up by its maker” - the American biologist, Barry Commoner once proposed as his fourth law of ecology, “There is no such thing as a free lunch.” Everything we produce and consume has both an economic cost and a cost to the environment.

What goes down our drains and into our landfills will eventually place a burden somewhere on someone, or on some part of nature.  Unfortunately, our throw away culture often forgets this fact.  As a result, the communities who end up paying the costs of our garbage are often far removed in space and time from those who produced it.

In order to try to solve this problem the Canadian Council of Ministers of the Environment launched a consultation on a Canada-wide Action Plan on Extended Producer Responsibility – EPR. It may include the costs of reducing pollution that stems from the manufacturing process, but also the expenses of dealing with the garbage that results after the consumer has finished with the product.

EPR can be used to shift the responsibility of paying for recycling and garbage programs away from municipalities and onto the companies that produce the waste.

One result of this is that it provides an incentive for the producers of waste to develop more environmentally friendly designs.  For example, since the introduction of EPR laws in Japan and Europe, many electronic manufacturers have shifted to lower use of plastics for many appliances, to reduce the difficulties in recycling.

A project named as Project Kaisei ("ocean planet" in Japanese) was launched on 19 March 2009, with plans for an initial phase of scientific study of the plastic debris in the North Pacific Gyre and feasibility study of the recovery and recycling technologies. The goal is to bring about a global collaboration of science, technology and solutions, to help remove some of the floating waste.

How can the world afford this cleaning effort? - Blemya believes in a simple but not easy solution; the names printed on the plastic packs should pay the bill proportionally to the amount of found material.

In order to prevent new plastic garbage islands on the oceans a New Algae Plastic is become the base for the new packaging industry. 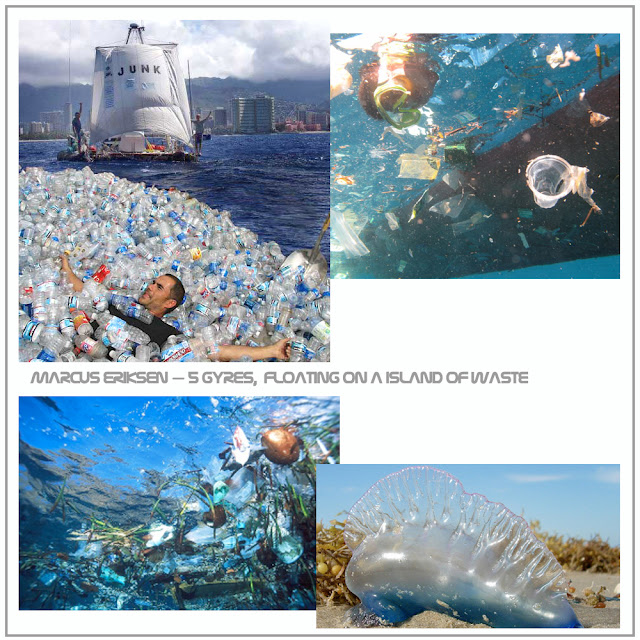 At the SPE’s Global Plastics Environmental Conference (www.sperecycling.org) in Atlanta in October 2011, two brand new recycling operations were introduced along with a new algae bioplastic. The new recycling processes are sophisticated closed-loops for complex post-consumer materials.

To make sure that our efforts at cleaning the oceans, along with the new discoveries made ​​by the bio-engineering plastic/algae materials, Blemya traveled ahead in time and brought us some articles about the beneficial effects of our present actions:

- The advantages of this new material was obvious, once discarded it is easily reintegrated into nature, and if it accidentally ends up in sea waters, it will be deemed as fish food, with a calculated small ecological impact.

- Unfortunately, the taste of some products changed a little bit once it entered in contact with the new material, but simple solutions such as a separate the aliment from the surface of the pack by a thin layer of paraffin solved the problem.

- It was extremely well accepted by ecological institutions, NGOs, and most important, the consumer.

- The use of bioengineered materials made possible to create a whole line of packs, designed and programmed directly using genetic codes, the result was amazing. 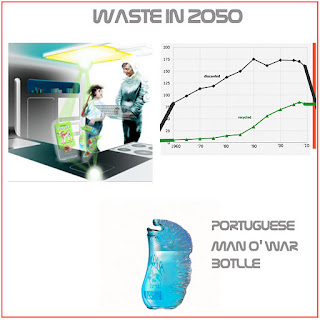 Some milk brands have chosen to use a pack made out of the genes of the Portuguese Man o' War (Physalia physalis), of course the nematocysts and the tentacles have been suppressed, and, strangest as it may seen, it become a huge market success, consumers pay even 30% more just to have the new pack on the table for the breakfast.
Postado por Luiz Pagano às 4:27 PM