After a boat tour, I had lunch at a local restaurant and went back to the pousada (Brazilian kind of bed and breakfast), as I reach the room I realized that I forgot my wallet in the restaurant. If it were in any other major city in Brazil or in the world I would be concerned, but in Fernando de Noronha is different. Half an hour later a girl rang the bell of pousada to give me back the wallet INTACT. A look of perplexed astonishment washed across my mobile face - "Here nobody steals" said the pousada administrator as he gently closed the door to the girl.

Nowadays we are fully aware that many attitudes of the human population have become pathogenic in regard to our survival and well being (pathogenic - literally means someone who or something that causes suffering "πάθος pathos" suffering, passion "and -γενής - genes" cause ") in both interpersonal relations and the way we fail in taking care of our own planet. Human population grew indiscriminately, we are constantly destroying the environment in which we evolved, we occupy and dominate all the major ecosystems by expelling other life forms from there. In short, we are no longer a few bands of inconsequential primates roving the grasslands of East Africa as we were three million years ago.


It is well known that the islanders tend to consciously use the scarce resources, collaborate each other and establish a relationship of respect and harmony with the community - otherwise - they themselves put their own survival at risk.

The hope that comes from this small island off the coast of Brazil. Recognized by UNESCO as a World Natural Heritage Site, Fernando de Noronha, 390km to the Brazilian coast, has much to teach about civilization to Brazil and to the rest of the world. 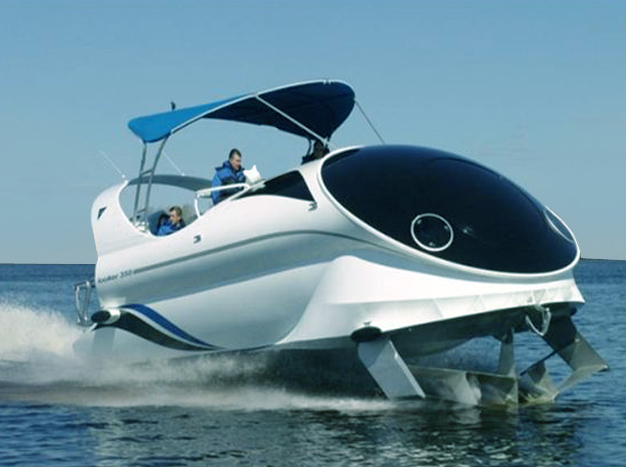 This isolation cannot only determine the peculiarities about the fauna, flora and ecosystems, as well as people who live there. Differentiating them from everything that happens on the continent, this whole process and all the interrelationships in the archipelago are supported by a fragile balance that, when exposed to a lighter intervention, can be broken. Now we begin to understand that on a global scale, the planet Earth has the same fragility of such island, except that if the planet Earth deteriorates, we have no other place to flee.

"This great care is easy to be taken because it is a small island, but it became different when trying to apply it to the rest of Brazil."


I used to go around and saying that, "There is no Brazilian city that has not an open sewer without treatment." Fortunately this formidable island reserved another good surprise to me again.

The Noronhense is as Brazilian as each one of us Brazilians, he just has the so-called "insular consciousness", which paradoxically leads him to better live together in order to manage the fragile planetary balance.

Below, I highlight some of the initiatives that come from “Noronhense Insular Consciousness”.


The Noronhense learn about ecology from young age, at home and at school, but tourists can count on the Navi Project, which aims to make a "Scientific Expedition Tour" by joining entertainment with information. The hidronave is a boat with Russian military technology, developed during the Cold War. Navi was manufactured in the city of Yaroslav, and has a 3m x 2m, large lens, which enables underwater viewing. There were already more than 500 expeditions, and in most cases, tourists saw several fish and even sharks and dolphins.

A certified instructor works as expedition guide, scientifically describing the underwater environment and explaining the delicate ecological balance of the region. 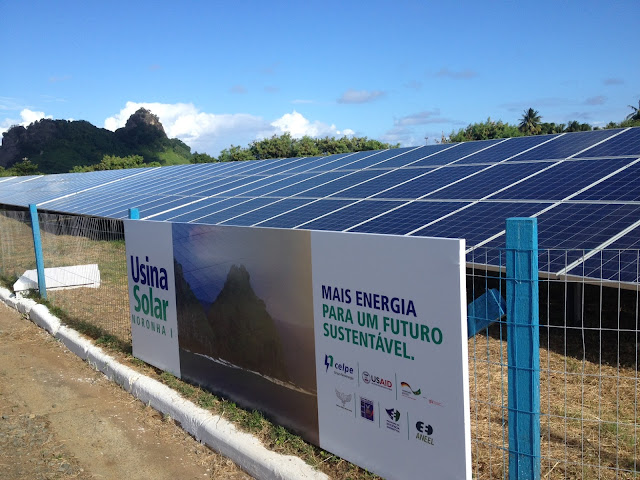 Since 1989 the Thermoelectric Plant of ‘TUBARÃO’, managed by CELPE, supplies power with diesel generators (not ecological at all), but recently the Federal University of Pernambuco, in partnership with the government of Denmark, started the implementation of wind turbines, reducing in its first stage 10% of consumption form its usual 80,000 liters/month of diesel.

In another green boost, it was inaugurated in 2012 the first solar photovoltaic power plant in the archipelago, situated in the Air Force Command, in an area of 5,000 m², the Solar Plant Noronha I have installed capacity of 400 kWp (kilowatt peak), resulting the estimated generation of 600 MWh / year, about 4% of the island's consumption.

The forecast is that by 2018 the island will be 100% supplied with solar and wind energy.

The Fernando de Noronha archipelago consists of 21 islands, islets and rocks. Most of them turned territory of Fernando de Noronha National Park, under the responsibility of ICMBio (Chico Mendes Institute for Biodiversity Conservation) a Brazilian agency of the Ministry of Environment and integrated into the National Environmental System (Sisnama).


The IBAMA (Brazilian Institute of Environment and Renewable Natural Resources) was particularly concerned with fishermen, giving alternative activities or enabling the non-predatory fish, so that they do not feel the impact of preservation project drastically. In fact, since the preservation of certain areas begins, the number of marine animals tends to rise, which only benefits the quality of fishing without environmental destruction. The fishermen came to see the importance of preserving in their own pocket.

An expensive fee for Brazilian patterns, but that is absolutely necessary for the good maintenance of this sustainable development system. The limited number of visitors in Noronha also has benefits: it is easier to manage human typical problems, such as water consumption and electricity, generation of waste, and also allows a certain "isolation" that gives tourists in some places that liberating feeling of being in a deserted Island.

Everyone who first steps on the island go through a curious process reeducation, similar to a detox that a former smoker realizes the days resulting from his decision to quit smoking. The benefits appear obviously stronger on the first day, are very noticeable a week later and for those who make the decision to become Mabuias ♀ and ♂ Cafuçus (affectionate nickname by which the islanders call women and men who choose to inhabit on the island) the period of ten years is crucial, both from the point of view of mental adjustments necessary to fit the realities of the island, and to get the legal right to inhabit it.

Knowing that is impossible to demonstrate the real importance of this "insular consciousness" without ever having been in Fernando de Noronha, I invite you to be a little more Cafuçus and Mabuias, and to treat our world like an island without any close continent around, with fragile ecological interconnections, worthy of great love, care and respect.