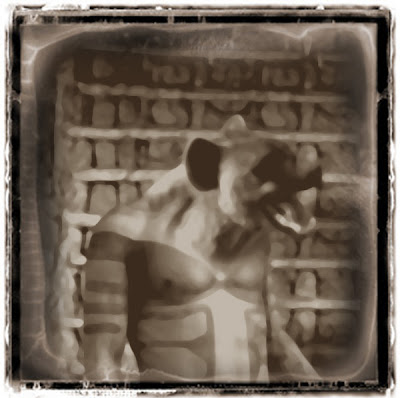 “Upon living Java (minor) and the kingdom of Lambri, and sailing about one hundred and fifty miles, you fall in with two islands, one of which is named Nocueran, and the other Angaman. Nocueran is not under the government of a king, and the people are little removed from the conditions of beasts; all of them, both males and females, going naked, withot a covering to any part of the body.”…”Angaman is a very large island, not governed by king. The inhabitants are idolaters, and are most brutish and savage race, having heads, eyes, and teeth resembling those of the canine species. Their dispositions are cruel, and every person, not being of their own nation, whom they can lay their hands upon, they will kill and eat.”

Rustichello da Pisa was an Italian romance writer best known for co-writing Marco Polo's autobiography while they were in prison together in Genoa around 1298 after a clash between Genoa and Venice.

Marco dictated his tales of travel to Rustichello, and together they turned it into the book known as Il Milione or, in English, The Travels of Marco Polo - Description of the World.

Needless to say that I’m really impressed with the book, but what I like most about Description of the World is the fantastic description of what could be considered surreal stories.

It was very difficult at that time to separate scientific reports from bestiaries or Bestiarum vocabulum, a compendium of beasts. Bestiaries were made popular in the middle Ages in illustrated volumes that described various animals, birds, etc. Their fantastic and magnificent writings and illustrations were quite highly prized amongst general public and were regarded as great appreciation of fine literature and poetry, and gain acceptance as a wonderful source of fantasy in reader’s minds.

In the late 18th century the English sailor Andrew Battell held prisoner by the Portuguese in Angola, had described two anthropoid "monsters" named Pongo and Engeco. His description was considered to be another bestiary tail but it is pretty obvious that he was referring to orangutans.

Hanno the Navigator, a Carthaginian explorer c. 450 BC had described "a savage people, the greater part of whom were women, whose body were hairy, and whom our interpreters called Gorillae". It sounds very much like a Rustichello’s report.

In the Early 20th century Carl Akeley of the American Museum of Natural History traveled to Africa accompanied by his friends Mary Bradley, a famous mystery writer, and her husband. When they come back Mary Bradley wrote “On the Gorilla Trail” this one was no longer a bestiary, it was a magnificent scientific report.

A research study has been deemed scientific when it pursues the application of scientific criteria in both its formulation and implementation.

Marco Polo described on his journeys through the Gobi desert the sound to evil desert spirits. The noise can be very loud, audible for over a kilometer. It was a bestiary report but today we know that in a Chinese desert, guides point to what Polo apparently saw–the Mingsha Dune–and explain that when the wind blows, the dune whistles because solid granite is just below the shifting sand.

Tough much of what of Rustichello de Pise wrote is impossible to be held as a true fact, I really wish that all relates would not be a lie. In that sense I’ve created some possible images of what Marco and Rusticello described as if a fictional explorer from late 19’s encountered such creatures and photographed them.

So rejoice yourself with this scientific beautiful report!!!

Those Blemyas (The Blemmyes - Latin Blemmyae) were really gentile when our tem photographed them. They are a race of creatures that live in Africa, in Nubia, Kush, and Ethiopia, generally on the south of Egypt. They are acephalous (headless) people who had eyes and mouths in their bellies and could die if not smell a special local fruit in daily basis. 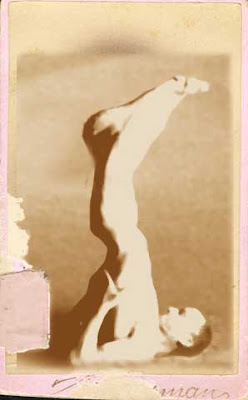 The Sciapodes (σκιαποδες - 'shadow foots' in Greek) or monocoli (μονοκωλοι - 'one legged' in Greek) live in India and have only one leg, but are able to leap with surprising agility.
In this photo you could see one Sciapode protecting himself from the sun by the shade of his own feet. 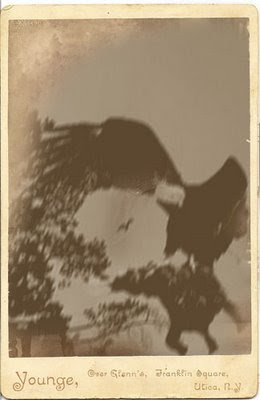 A Roc or Rukh (from the Arabic and Persian رخ rokh, asserted by Louis Charles Casartelli to be an abbreviated form of Persian simurgh) is an enormous bird of prey, often white, reputed to have been able to carry off and eat elephants.

Marco Polo as quoted inAttenborough (1961: 32) stated "It was for all the world like an eagle, but one indeed of enormous size; so big in fact that its quills were twelve paces long and thick in proportion. And it is so strong that it will seize an elephant in its talons and carry him high into the air and drop him so that he is smashed to pieces; having so killed him, the bird swoops down on him and eats him at leisure". 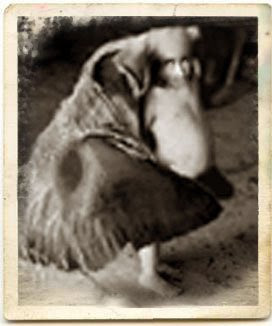 The Panotti (panacios, panotti, panotos, panotios - from the Greek words for "all ears") were a race of creatures, described as possessing large ears that covered their entire bodies.

They are mentioned by classical writers such as Pliny the Elder, who writes that they live in the "All-Ears Islands" off Scythia (Greek Σκυθία Skythia, Engl. /'sɪθɪə/ or /'sɪðɪə/) was the area in Eurasia inhabited by people of Iranian language. Pomponius Mela, however, writes that they lived near the Orkneys.

Hello. This post is likeable, and your blog is very interesting, congratulations :-). I will add in my blogroll =). If possible gives a last there on my blog, it is about the Monitor de LCD, I hope you enjoy. The address is http://monitor-de-lcd.blogspot.com. A hug.